As we enter the closing days of an unprecedented year, one observation in myself and the world is the undeniable mark of stress. As a newish ‘actor,’ now hyper-aware of appearances, I have observed how I look 5-7 years older than I did In 2019, in my opinion, all due to the ongoing stress of COVID-19. The stress is present in every waking moment, and I see it around the eyes of a passing jogger, a variety store clerk, a pedestrian at a traffic light.

They all have it. It’s there. It’s perceptible; this look in the eye, I can see in a moment’s notice, in a flashing instant, as they jog by my car, in that snapshot I have seen in their eyes, this bewilderment. It seems to hold a deep-seated wish for a return to the comfort and security of a year earlier. Yes, this unseen monster, this invisible threat that has plagued, terrorized, and controls our lives regardless of who we are, what job we have, or our religious, economic, educational, or genetic background.

Obviously, the loss of life, directly or indirectly caused by COVID-19, is the greatest pain and cost of this year. I cannot make any further comment without addressing this huge reality.
But one of the most persistent and thus irritating side effects of this lockdown year has been the volatile social media behavior, the rise of Cancel Culture, and phenomena of friend fights that have manifested between many so-called ‘friends’ for many years, previous, those who might even consider themselves good friends because of their common love for a common thing, activity or place/event. Many of my ‘club’ friends were people that would see each other weekly, dancing, partying at their favorite bar/club establishment. This shared interest created a friendship, a bond that now, because of the lack of the opportunity to re-ignite that love, they become isolated, separated, divided and thus have begun to attack one another based upon their political, medical, philosophical beliefs. Now in our’ new normal, ‘our differences are coming to the forefront. We see that those once considered friends are now attacking each other, taking positions on the reality of this COVID-19 response and its connected collateral damage. I have witnessed insane social media tirades, fights, arguments that do not convince the other of their viewpoint but turn into insipid, toxic, personally degrading or insulting, shouting matches on social media. This has been the year in which we see things more clearly, and unfortunately, we also have been polarized by what I assume is confirmation bias, fuelled by social media algorithms or general interest ‘Google’ algorithms. These programs have reinforced our viewpoints and not allowed most of us to see the other side, which makes the whole situation much more frustrating to watch because you feel the extreme bias or polarity on each side and know that there is no easy way to disengage from that side once you’ve become that polarized. Arguably in a world or societal way, I feel this is the fundamental problem of our world today, that was magnified during 2020, as we each began to focus in on our side, or confirming viewpoint of the situation and how it is handled. If we continue this way, which seems in some way sadly inevitable now, we will not be united in whatever humanity needs to do next; we are actually further apart, clearly so, then, we were before 2020. In my heart of hearts, I fear that this division, which has been made more apparent in our experience of clear vision 2020, will be the major stumbling block to achieving what the human race needs to do next, in order to refine and evolve, not just survive, for it is very apparent that we are on a dangerous path. When I forecast to the near future between the political, social, racial, and environmental divides/issues and also the more apparent economic inequities, we are looking to some very dark times that I feel will be masked by our’ fiddling while Rome burns’ partying celebration that will happen in about a year after the vaccine has, for those who opt into the vaccine, allowed for a return to again ‘a normal normalcy’ that may never truly recover. Historically the roaring twenties followed the 1918 Spanish Flu pandemic, which led to the Great Depression about eight years later. I wonder how our world will fare as well around 2022. 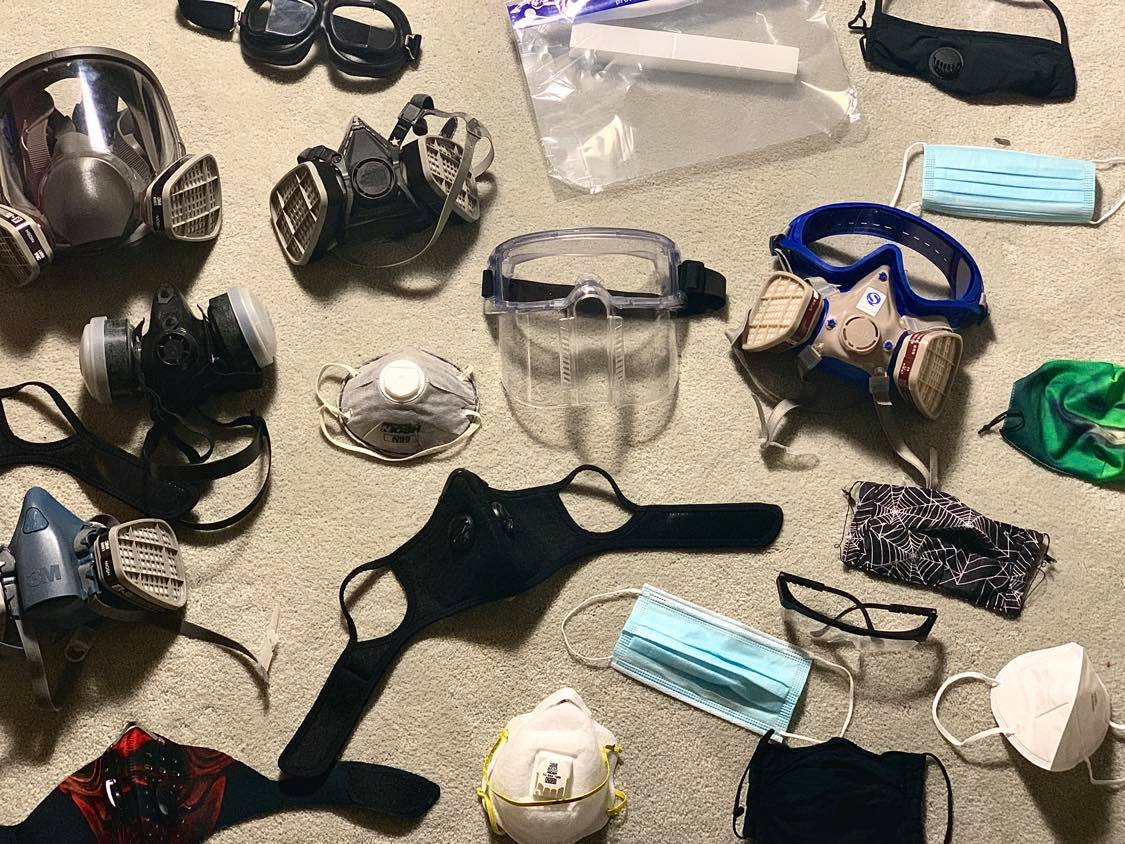 I was saddened to hear of a friend who has been reaching out for a go-fund-me page to raise what I thought was a ridiculous amount of money in order to stay open, and it was or is my favorite rock ‘n’ roll bar, but I don’t see the point. They had their property owner ask for payback of eight months of ‘back’ rent, or they would be closed before next year, again; in my viewpoint, this was like using small shot glasses to bail out a ship with holes the size of dozens of basketballs. The ship’s integrity is completely compromised; it is quickly sinking, that is, it is taking on water and would not be saved in my opinion by 500 people with shot glasses bailing as fast as they can. In truth, not even 5,000 will truly be helpful. it’s unavoidable that it will go under, and I don’t feel like throwing good money on a lost cause that I love; that part of the equation is so painful. That club needs a deep-pocketed millionaire to drop a few hundred thousand to ensure it will survive at least another 9-10 months, in my opinion. I wish I could win a lotto! Side note confession; I have bought more lotto tickets in the past six months than easily ten years previously, as that ‘supernatural ray of hope’ seems the only unlikely way out of this predicament. That is just another economic first but cultural loss second, example, of how a business and the lives behind it (which ultimately hurts musical culture) has been crushed by this pandemic, despite our (governments/building owners) best efforts to help out. Eventually, all debts are called in, and the inevitable ax falls, regardless of the wailing complaints of those whose necks are on the line. 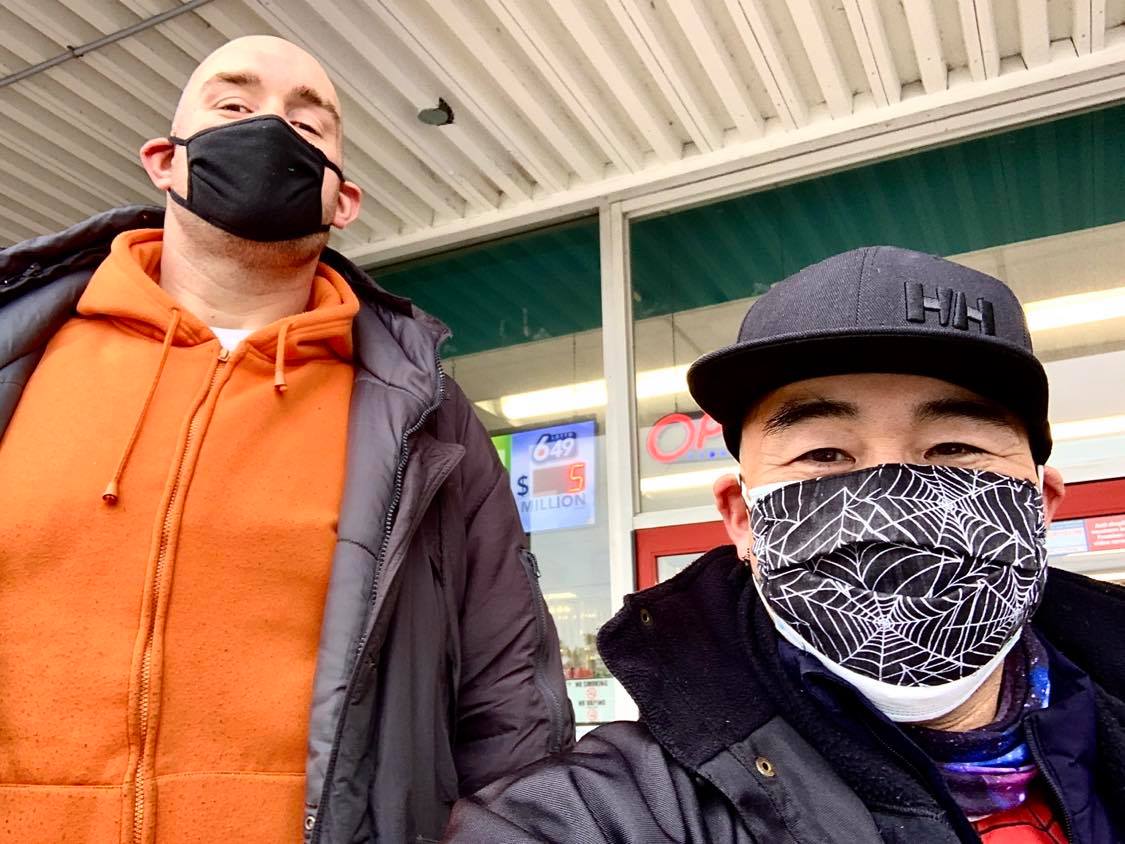 In the end, I only have my personal resolve to see this through, to do my best to survive, not cause pain or inadvertently hurt others and attempt to stay clear in my head and light in my heart. I have never before felt so powerless and insignificant in the scope of the immensity of this pandemic. Peace, perseverance, respect, and love to all. Be safe, find the little joys in life, remember the happy times, stay awake, true to self, and live!

Yes, this writing is as disjointed as I currently feel, scattered powerful but fleeting thoughts, many diverse levels of observation, and dire feelings mixed with my only security, my knowledge of self.